On this page: Introduction | FAQ | List of Ology Books

Each of the books is given a fictional author, and is presented as a “lost” journal of these fictional investigators. The large-format books contain many items of ephemera, from removable maps and postcards, to letters that can be unfolded, and other tactile items such as “fairy wings” or “dragon scales”.

How many Ology books are there?

There are 15 main volumes in the Ology series (listed below), starting with Dragonology in 2003, and the most recent publication was Ghostology in 2020. If you also take into account the companion books produced for several of the volumes, there are well over 30 titles to collect.

Who writes the Ology books?

Who publishes the Ology books?

The Ology books are published by Candlewick Press in the United States, Templar Publishing in the United Kingdom, and Five Mile Press in Australia. The covers can differ slightly between countries, but the content is largely the same except for spelling conventions. Several books in the series have had companion volumes printed as well.

Which is the best Ology book?

All of the books are well made, and fun to read. The first book, Dragonology, has been the most popular and stayed on the New York Times children’s bestsellers list for over three years!

What is meant by “ology”?

“Ology” is a suffix used at the end of English words to indicate it is the study of that branch of knowledge.

Is there a TV or movie adaptation?

Talks have been ongoing about the film rights for several of the books for years; however, there is nothing currently in development. Universal Studios acquired the rights to Dragonology in 2008, Century Fox talked about making an animated film based on Alienology in 2012, and most recently, Paramount announced a plan to make a franchise centred on all the books with seven interconnecting films in 2018.

The detailed list of titles that follows is in publication order: 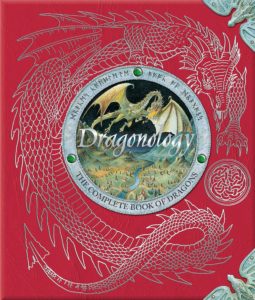 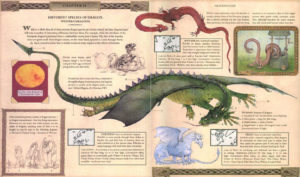 The book is ostensibly written by nineteenth-century dragonologist Dr. Ernest Drake. The subject matter is dragons; where to find them, information about different species, how to work with them and several tactile “samples” of dragon material, including their wings, scales and skin. Movable ephemera in the book include a sealed envelope enclosing dragon-calling spells, dragon riddles, a “letter” from Dr. Drake, a number of illustrations, mostly in colour, detailing dragons and their anatomy, and a foldout map showing dragon locations throughout the world. 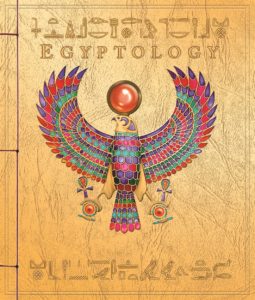 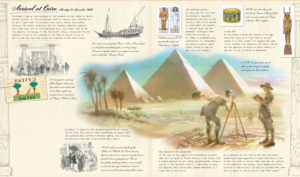 The book is supposedly the journal and scrapbook of Emily Sands from 1926, an Egyptologist who, with a team, is trying to find the tomb of Osiris. The original journal was supposedly delivered to the Press by her great-niece. According to the book, they may have actually found the tomb, but in doing so they disappeared never to be seen again. Movable ephemera in the book include a piece of mummy cloth, a booklet on hieroglyphs and a working board game.

Also in the series: 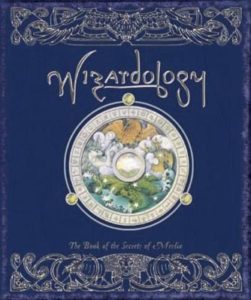 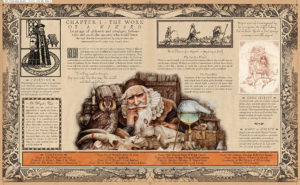 Wizardology: The Book of the Secrets of Merlin (2005) by “Master Merlin” – edited by Dugald Steer

The book is marketed as having been written by the wizard Merlin. It is is filled with useful spells and magical information. There are numerous pockets, flaps, secret codes, and scavenger hunts hidden throughout.

Also in the series: 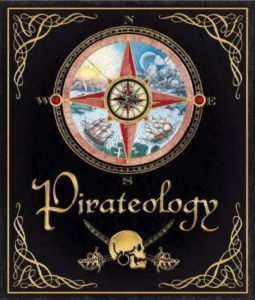 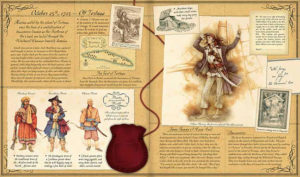 Purports to be the 1720 work of Captain William Lubber, Pirate Hunter General to the Admiralty, and contains a similar variety of recreations and removable novelties, such as a real compass set into the cover, a hidden treasure map, a working sun-dial, a page of foiled, embossed doubloons and pieces of eight and much more. Lubber is also hot on the trail of wicked pirate Arabella Drummond, her cut-throat crew of sea dogs and her ship’s cat, the redoubtable Mr Teach. 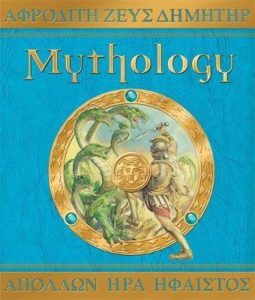 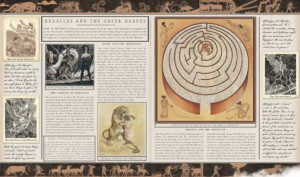 Written by Lady Hestia Evans in 1825, ‘Mythology’ is the record of her travels through Greece, discovering the wonders of ancient Greek myths, the world of mighty gods and fearless heroes who battle the merciless beasts of legend 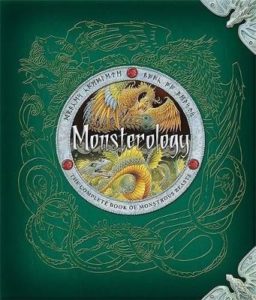 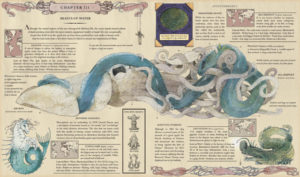 A lavish exploration of fantastical beasts, from yetis to unicorns. The intrepid Dr. Ernest Drake turns his inquisitive gaze from dragons to other so-called mythical creatures. Movable ephemera includes a removable letter from Dr. Drake, multiple foldouts, flaps, and pull-outs, textured “samples,” including sea serpent skin and a feather from a winged horse, sundry booklets — including riddles to tell a sphinx, and a cabinet of curiosities containing yeti fur, a hippogriff feather, and more. 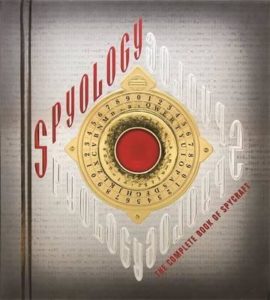 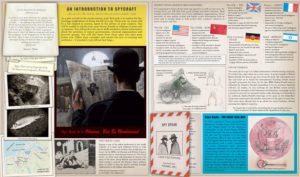 Agent K took on a mission to foil the criminal gang CODEX. The mission succeeded, but Agent K was believed to have perished in the process. Six months later, the personal notes of Agent K mysteriously arrived at the MI6 headquarters. This text contains these personal notes, as well as a training guide to international espionage. 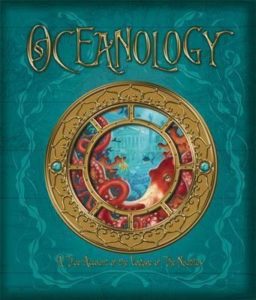 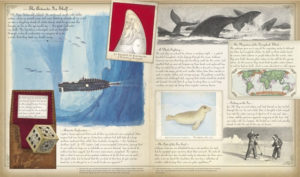 Oceanology: The True Account of the Voyage of the Nautilus (2009) by “Ferdinand Zoticus de Lesseps” – edited by Emily Hawkins, illustrated by Ian Andrew, Wayne Anderson, Gary Blythe, and David Wyatt.

What if a sixteen-year-old assistant traveled aboard the storied Nautilus, the narwhal-shaped submarine of 20,000 Leagues Under the Sea? And what if he were the sole survivor of the ill-fated voyage and went on to relay his adventures to a certain . . . Jules Verne? Find this brave young man’s own account in the lavishly illustrated Oceanology, a tale of an 1866 voyage of discovery that investigates diving bells and shipwrecks; coral reefs and ice canyons; sharks, giant octopi, and luminous sea monsters; underwater volcanoes, and even the legendary island of Atlantis. 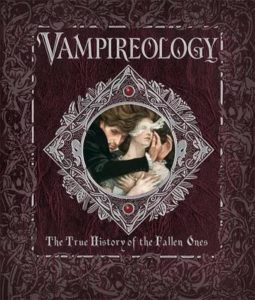 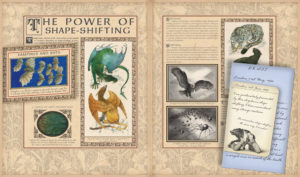 Vampireology: The True History of the Fallen Ones (2010)

This book reveals the history of vampires who have lived among us and preyed on humans since the beginning of time. Written in 1900 by the world’s Protector, Archibold Brooks, the unpublished manuscript falls into the hands of our detective, Kraik, when Brooks is murdered in 1920. Kraik is given the task of publishing the book. 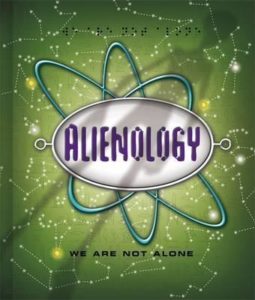 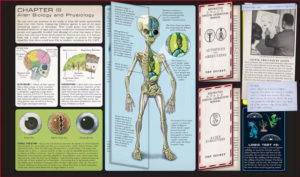 Alienology: The Complete Book of Extraterrestrials (2010)

Apparently written in 1969, ‘Alienology’ is a tongue-in-cheek training manual for S.P.A.C.E. (the Society for the Promotion of Alien Cantact with Earth). It gives advice on identifying alien species, as well as eye-opening facts about our universe. 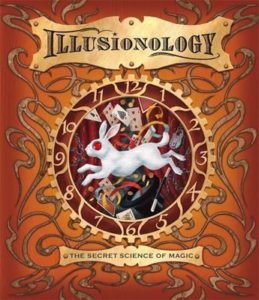 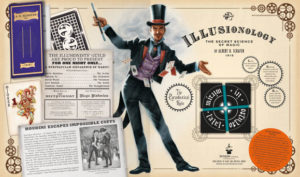 Illusionology: The Secret Science of Magic (2012)

Illusionology reveals the practical science of magic. Purportedly written in 1915 by one of America’s top scientists, William Schafer, the book is an expose of the tricks of the masters for new initiates of the Illusionists’ Guild. As well as revealing inside info about many famous tricks – levitating a lady, making things disappear and mind-reading, among others – and providing instructions, it gives explanations of the science that makes the magic possible. In the course of the book, we learn that Schafer has been perfecting a machine that exploits ‘radiant matter’ to effect the full dematerialization of a person. 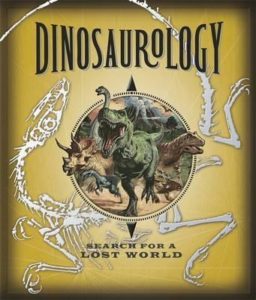 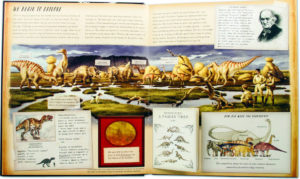 Dinosaurology: The Search for a Lost World by “Raleigh Rimes” (2013)

In 1912 Arthur Conan Doyle published his widely acclaimed novel, The Lost World. Little did his fans know that his tale of a South American plateau where dinosaurs had survived was based on the real-life adventures of his friend Percy Fawcett. In this long-lost expedition journal, readers are introduced to a wealth of living, breathing dinosaurs, as our intrepid explorers study them in their natural habitat. 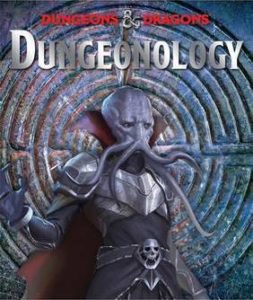 Dungeonology by Matt Forbeck – made in collaboration with Dungeons & Dragons (2016)

Volo takes you on an unforgettable journey to the Forgotten Realms. From the dreaming spires of Waterdeep to the frozen majesty of Drizzt Do’Urden’s Icewind Dale and from the despicable Underdark to the mysterious Underchasm you’ll learn the history, secrets and wonders of this incredible world. 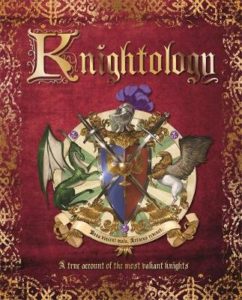 Knightology: A True Account of the Most Valiant Knights (2017)

The book tells of tough tournaments, castle construction and defence, weapon mastery, going on Crusades amongst other knightly pursuits. Explore exceptional knights from both history and legend. The author, Sir Lancelot Marshal (a descendent of the most famous knight – Sir William Marshal), has left the book to his squire as he sets off on a quest to discover the true burial site of King Arthur and his infamous sword Excalibur. Can the tales within the book be true? And why was the true location of King Arthur and his sword kept secret? 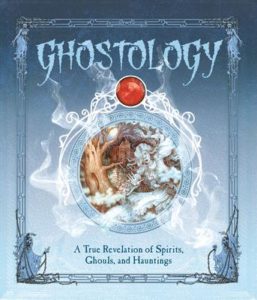 Within the book’s weathered pages you’ll hear of a headless French pirate in search of his missing noggin, a vanishing pair of young trickster twins, a ghostly woman who screams for attention, and other communications from the “fun side.” Readers who wish to plumb the mysteries of the paranormal will find some hands-on challenges to lift their spirits, along with tips on a range of spectral subjects, such as what to pack in a ghostologist’s field kit, how to distinguish the types of ghosts, the best ways to hunt them, and spotting the unfortunate fakes and frauds.