Skip the intro, go straight to the book list...

A bit about the series

The Queen’s Treasures Series is a delightful vintage series of children’s books featuring delicate designs on decorative cloth covers. They are small volumes (8vo), which typically contain around 8 coloured plates (including a frontispiece) with illustrated end-papers and a decorative title page.

“The Series will consist of stories which delighted the young readers of the last generation and will have retained their old-world fascination. The volumes will be well printed on good paper, illustrated in colour, and daintily bound.”

– from a 1908 advertisement for the new series.

Copies with dust jackets are typically scarce, because after the first two years, the dust jacket designs were all uniform (featuring a girl reading – replicating the illustration from Cousin Phyllis), while the illustrated designs on the boards under the jacket were individual, elaborate and attractive for display. The series name was included on the dust jackets, but does not appear on the book covers or title pages, just on the half title page.

How many books in the series?

26 different titles were released between 1908 and 1923. Reprints of these designs continued to be issued for the next ten years or so, but in the mid-1920s some of the designs were replaced by less elaborate ones, and by the early 1930s the delightful individual cover designs had been  changed to a uniform merry-go-round design, so if you’re buying online you should beware of this and look for earlier editions or confirm with photos. 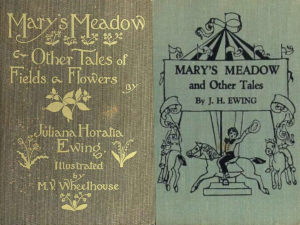 A bit about the people

Twelve of the books in the Queen’s Treasures Series – almost half of the titles – were authored by Juliana Horatia Ewing (née Gatty, 1841–1885), an English writer of children’s stories. She was inspired into writing by her mother, who was also a children’s author (and one of her mother’s books also appears in the Queen’s Treasures series, Parables from Nature). Several of Juliana’s short stories were published in the journal Aunt Judy’s Magazine, edited by her mother and herself, which was titled after Juliana’s nickname and sold to raise needed family funds.

Juliana’s writings are known for their admiration for all things military (her husband was an army major), her strong religious faith (her father was a vicar), and for their sympathetic insight into family life, particularly from a child’s perspective (despite having no children of her own, she educated her siblings and established and ran a village library).

Juliana’s work was highly regarded at the time by contemporaries such as Edith Nesbit and Mary Louisa Molesworth, with Rudyard Kipling writing in his autobiography that he knew Six to Sixteen (a diary-like sketch of domestic life) “almost by heart”. Her story The Brownies (in which a tailor’s idle sons learn to be helpful and are mistaken for Scottish spirits that complete household chores) gave the Baden-Powells the idea and the name for the junior level of the Girl Guides. And her tale Story of a Short Life which is included in the book Jackanapes, inspired Grace Kimmins to start the Guild of the Brave Poor Things to help children with disabilities in London.

More than half of the books in the series (15 of 26) were illustrated by Yorkshire-born artist and toy maker Mary Vermuyden Wheelhouse (1867-1947). Mary won a book illustration competition in London organised by The Bookman early in her career, which led to several commissions and a long-term collaboration with publisher George Bell. Her work has been particularly associated with interpretations of the works of woman writers because of this series, including Louisa M. Alcott and Elizabeth Gaskell as well as Juliana Ewing. Mary was also well known as a toy-maker (supplying the royal family) and was active in the women’s suffrage movement (helping to found the Artists’ Suffrage League in 1907)..

George Bell & Sons was founded by George Bell in 1839 as an educational book supplier for university presses based in London. In the 1850s George ventured into children’s literature, publishing the work of Margaret Gatty, and later that of her daughter, Juliana Horatia Ewing, as part of the Queen’s Treasures series, and the firm became best known as an independent publisher of classics and children’s books.

Bell’s sons, Edward and Ernest, managed the firm after George’s retirement, and later Edward’s son Arthur took over in 1926. Robin Philip Hyman became the managing director in 1977, changing the name to Bell & Hyman, until it merged with George Allen & Unwin to form Unwin Hyman in 1986, before being acquired by HarperCollins in 1990. 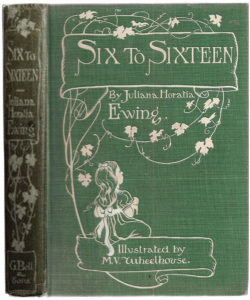 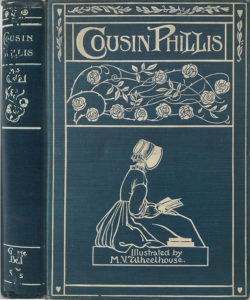 Illustrated by M. V. Wheelhouse, with an introduction by Thomas Seccombe. 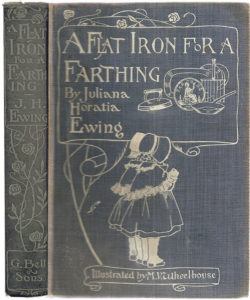 A Flat Iron For A Farthing – Juliana Horatia Ewing 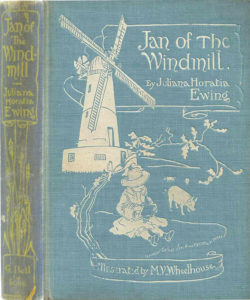 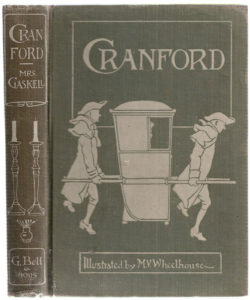 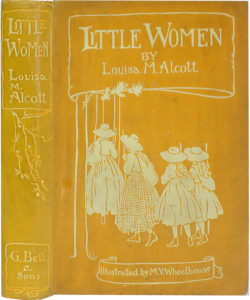 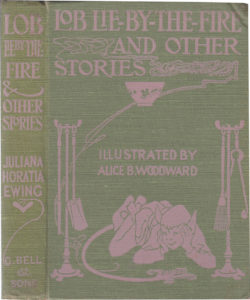 Lob-Lie-By-The-Fire [Or, The Luck Of Lingborough] and Other Stories – Juliana Horatia Ewing 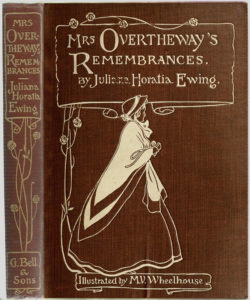 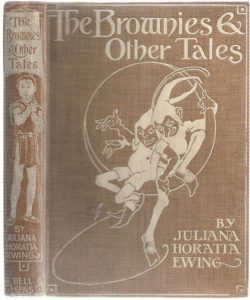 Includes: The Land of Lost Toys, Three Christmas Trees, An Idyl of the Wood, Christmas Crackers, Amelia and the Dwarfs, Timothy’s Shoes. 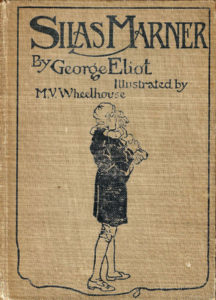 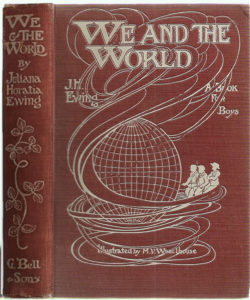 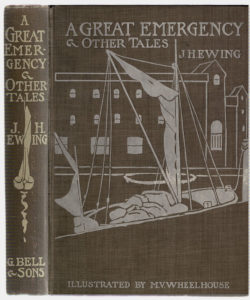 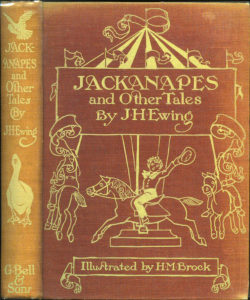 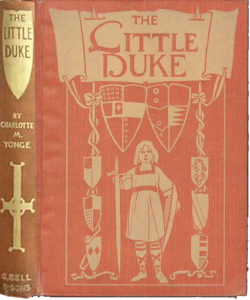 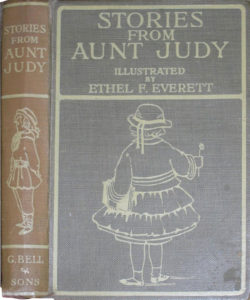 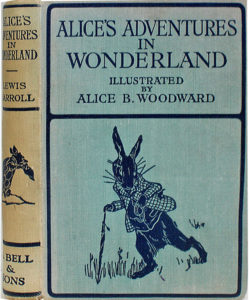 Illustrated by Alice B. Woodward (colour plates) and with b/w drawings by John Tenniel. 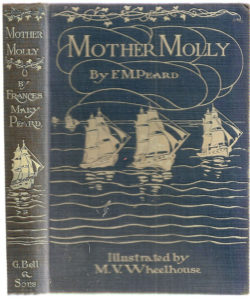 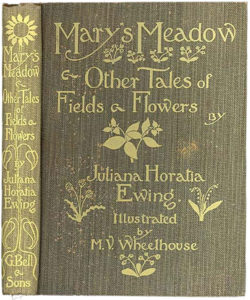 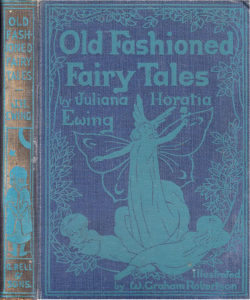 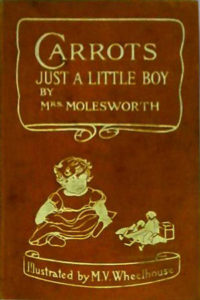 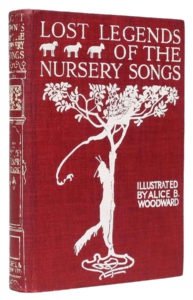 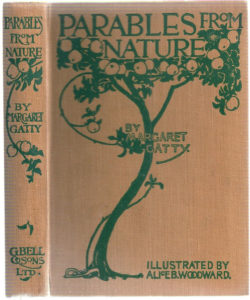 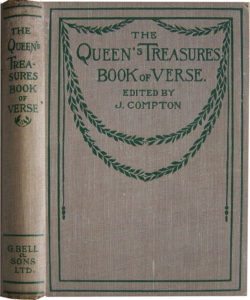 Black Beauty: The Autobiography of a Horse – Anna Sewell 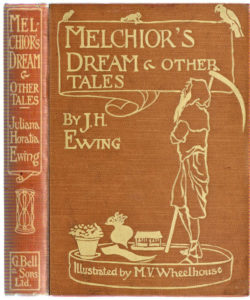